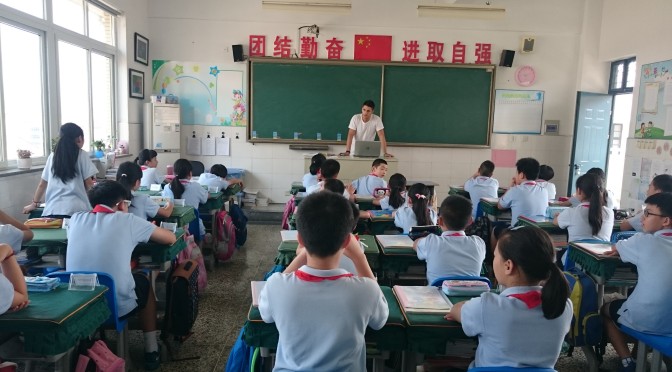 Myself, Alex and Dan decided to head into the main town of Hangzhou for an evening to check out the bar areas. We still had a couple of days left of the public holiday, which we thought we would utilise, especially as it seemed that my stomach bug had all but passed. In most countries, taxi drivers would jump at the chance of taking three westerners on an hour long journey, yet the opposite seemed to be true here. We waited for thirty minutes outside our apartment block watching on as a number of taxi drivers spurned the job that we had offered them. In my opinion, coming from a culture where money may be overvalued, it is refreshing to arrive in a town where money doesn’t seem to have a value over and above what it is used for. So far, it seems to be a running theme in China and I am yet to decide whether this is to their credit, or just a lack of ambition. Do they fail to see the bigger picture, or are they just satisfied with what they have got? I guess it goes back to the question: can you miss what you have never experienced?

Anyway, we caught an unknowing taxi driver and leaped in before he had the chance to drive off as it was pouring with rain. An hour later, we arrived in Hangzhou and headed to a couple of bars with 2 Chinese friends and Luke, an American guy who seemed to be thriving on this personal journey of his. The drink prices were not too dissimilar from back home, making a big night out a less attractive option. The West Lake was our next port of call and boy was it a sight to behold. My concentration span had always been vulnerable to say the least, but it is stunning views like this that have always gripped me. Later that evening, we travelled back to Lin’an, a place I was beginning to warm to.

Things were getting better. We found a restaurant with an English owner, Sofia, who has since been more than happy to assist us with everything, and most importantly, provide us with a great meal.  We have found a couple of nice bars close to our apartments and have purchased bicycles, to make travel to and from school a whole lot easier. My return to full health, or so I thought, was helping. A cockroach in my apartment no longer fazes me in the slightest, rather I see it as a harmless creature, that most certainly has a great survival instinct. I am not saying I welcome them into my apartment, far from it, but they often outwit me when I approach them from a far.

We had four days to prepare for Sunday, our first day at school and I had left lesson planning till Saturday night. I did what I needed to do, and cycled to school the next day. My daily morning singing sessions isn’t something I would normally embrace but my solo editions of ‘I believe I can fly’ and ‘Yellow submarine’ can’t have gone unnoticed by the kids, especially as this class lasts for thirty minutes each morning.

As the week progressed, so did my teaching. My powerpoint presentations became shorter and shorter and I started to see them as a helpful guide rather than a necessary component of my classes. Each lesson I walked into a class of thirty expecting kids – they relied on me for their future and the satisfaction one gets from teaching was swiftly becoming evident. I have some kids who volunteer at every possible opportunity and those who like to sit in the background. Whilst I used to be quite a disruptive class member once upon a time, I never used to put myself forward for answering a question. It is these kids that I call upon. Throw them in the deep end and you will hopefully see them progress through three stages: Survive, adapt and thrive. Luke, the American we had met in Hangzhou had been in China for a few months and as I mentioned earlier, he was comfortably in the third stage. Myself and Alex had struggled through the first and had by now reached the second. These kids would hopefully follow the same path. 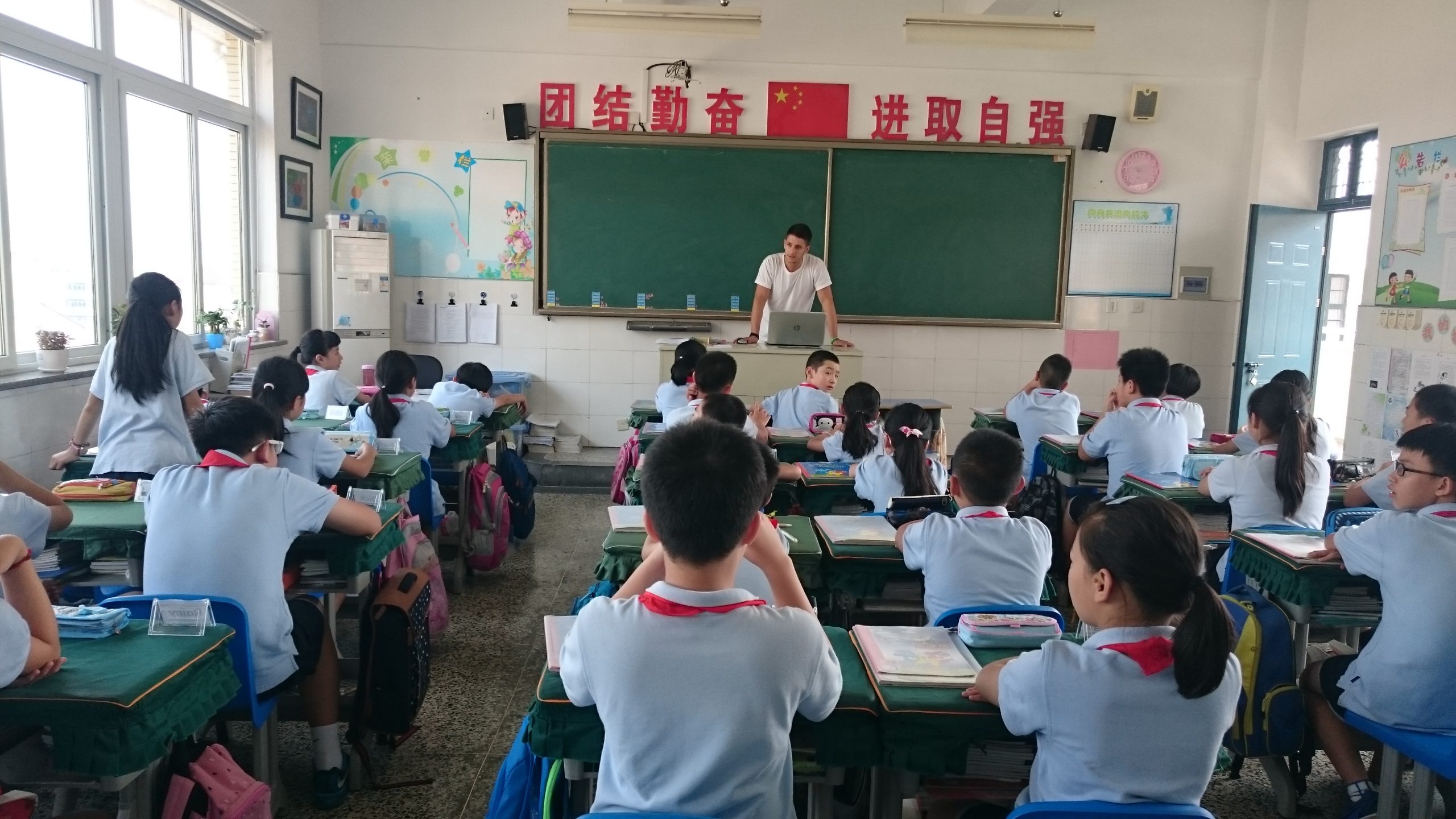 One change I have noticed in myself since the start is the growing ability to manage my time. In China, despite the volume of hours spent in school, I am beginning to find a balance between hours spent working, relaxing and going out. To add to this, I plan to incorporate learning mandarin, going to the gym and travelling within the next few weeks. Challenging but not unrealistic is my prior analysis for these potential additions. Everything was fitting into place and in general, I was feeling good about things. Little did I know about what was to come.

It came to Wednesday, and whilst I had slept poorly on Tuesday night, it was my best day of teaching so far. All my classes went smoothly and the kids were really starting to warm to me and my way of teaching. They understood that good behaviour and compliance is rewarded with a game at the end of class. I cycled back from school later that day and myself, Alex and Dan went to a nearby restaurant for dinner. This was fast becoming a routine and why not? We were working hard and meals never came to more than £1.50. I was exhausted, and so immediately headed to bed as I returned from dinner. A few hours later, when most were sleeping, I woke up in real discomfort. I struggled to get out of bed before falling to the ground in real agony. It took me twenty minutes to gather the energy to struggle to the lift and the the bottom of the apartment block. I couldn’t make it to Alex’s and instead dropped to the floor outside the block, clutching my stomach. A Chinese couple luckily had just come back from a night out and were able to call me a ambulance. By the time I arrived at the hospital, the pain had mostly subsided. I tried to communicate how it felt and what I believed to be the problem but absolutely no one spoke a word of English. I was left in the waiting room after struggling through a conversation with the doctor who didn’t really try to understand the problem, and at that point, I exited the hospital. I am still unsure what caused the pain but I believe the most likely cause to be food or water poisoning.

Somehow, I woke up to my alarm the next morning and went into school. Maybe not wise, but I felt up to it. I arrived in and the teachers, who had somehow got wind of my problems in the middle of the night, were shocked to see me. It was teachers day! I had only taken a handful of classes with these kids in, yet a number of them presented me with little gifts. What they say is true, its the thought that counts, it really is. It’s taken me the best part of twenty three years to come to terms with this. The other teachers informed me that all the school teachers were going to take part in a bowling game because it was teachers day. I rushed to the toilet and slapped myself repeatedly whilst looking in the mirror. I was now in the zone. Well, in my head this happened anyway. I ended up wiping the floor with them. I love competition – it brings out the real me. 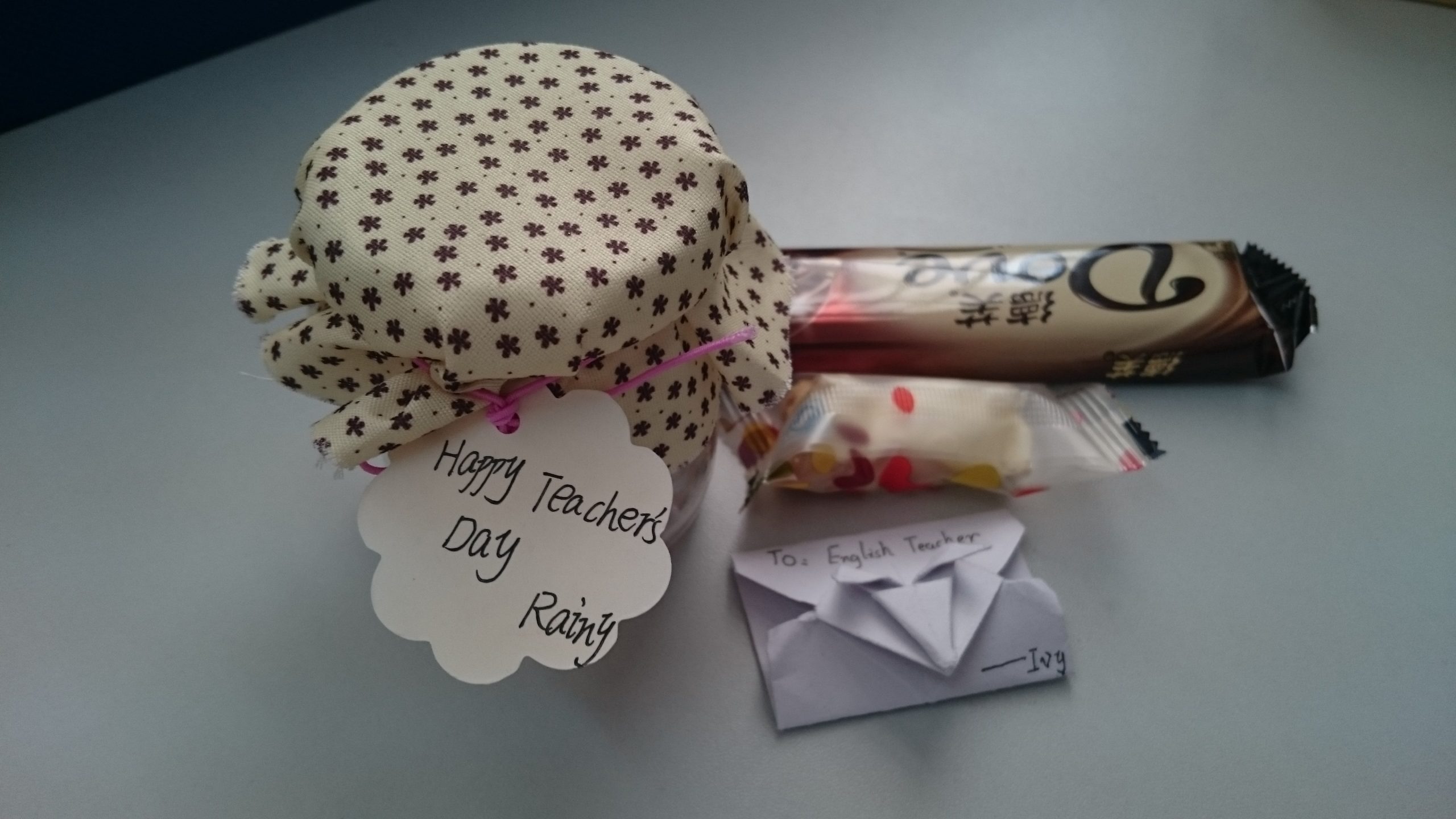 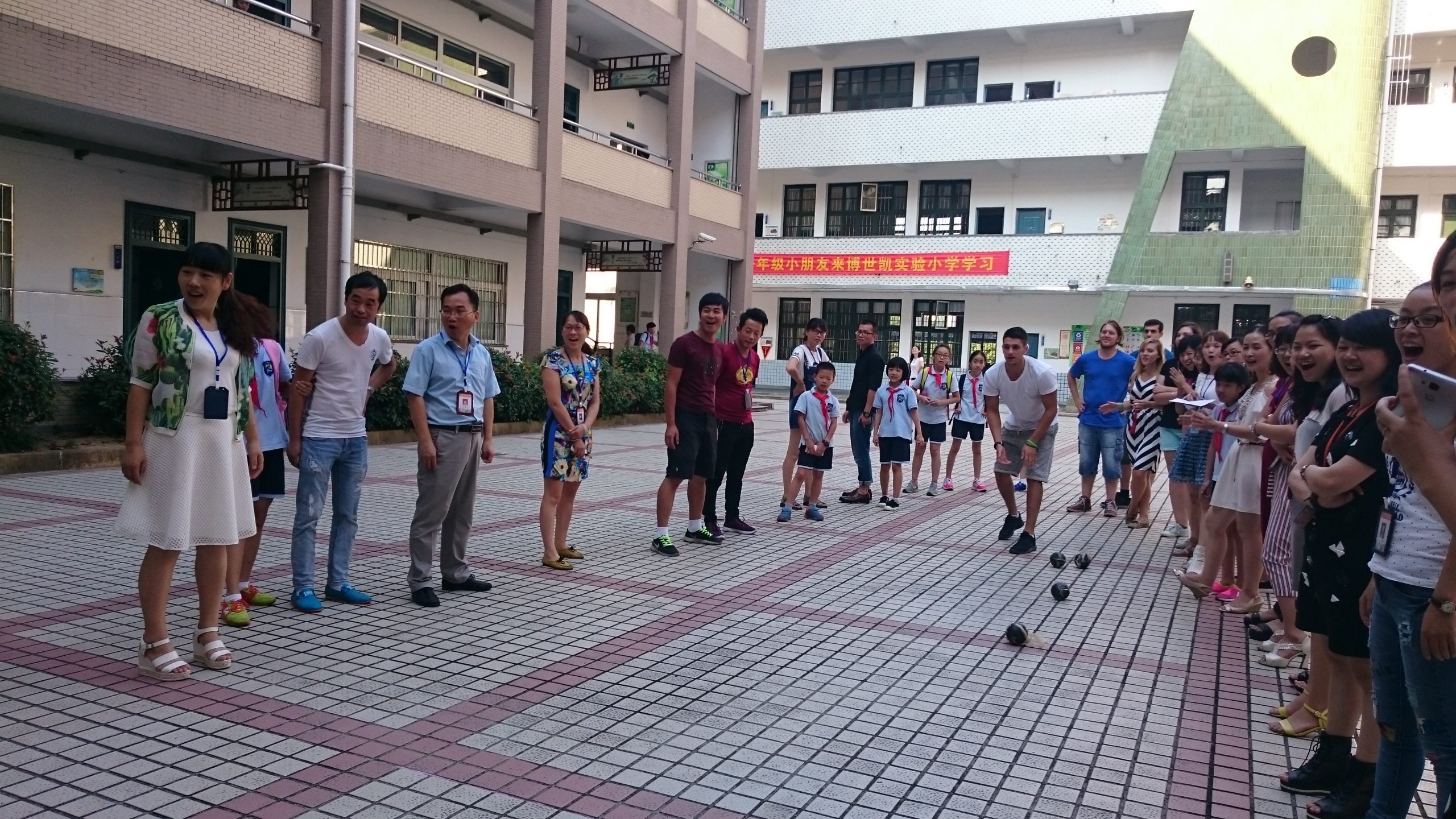 Friday came about and to cut a long story short, we confronted the other teachers about the number of hours we seemed to spend in school. We understood that we had to plan things, but it was what they requested of us on Fridays that pushed us over the edge. They told us that it was mandatory that we attend training in Hangzhou on the day we would naturally use as our travelling platform. It would mean another 9 hour day and only returning back late in the evening. We signed a contract to work 70 hours a month and we have spent 40 hours in school this week alone. If you let people walk all over you, they will see you as a personal doormat, and us shying away from the issue would have set the tone for the year ahead. After a long week, we spent Friday night relaxing and playing some pool in a nearby bar.

Whilst it wasn’t the perfect week, the adaptation phase is well underway. As I discovered in my first job working in a restaurant in London, you have to let people know you are there, that is when you will start to earn their respect.