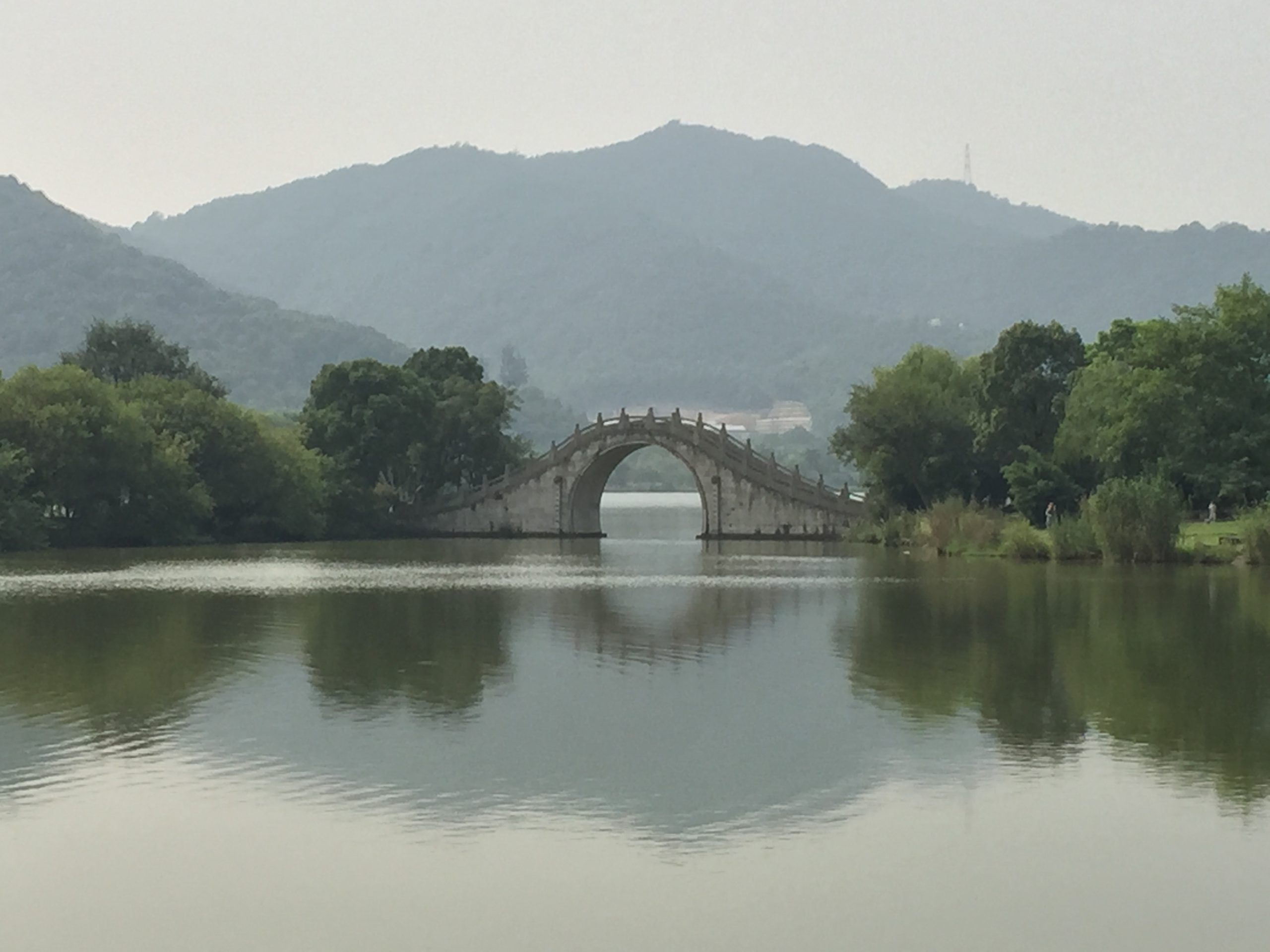 My arrival in China this year was very different from my previous experience. I had been to Beijing for a month in 2007, and Dalian for a year in 2010; this time I was headed for Hangzhou. The purpose for my visits was also becoming progressively more serious.

Beijing was just one big bar and club crawl combined with a big fake shopping adventure. Haggling was so much fun. I bought so many fake clothes, trainers, Zippos, and replica fighter pilot helmets that I ended up having to pay $300 USD in excess baggage charges on the flight back, which basically wiped out all the ‘savings’ I had made buying knock-off goods.

I have mellowed somewhat since then, and my Top Gun phase of thinking I was going to be a jet pilot ended many years ago.

The year in Dalian was part of my university course. I’d studied Chinese for two years in Scotland and felt as though I was pretty damn good by that stage. I turned up, fresh off the boat as it were, and started making sentences at people. Note: ‘at’, not ‘to’. All the noises I was making were either completely ignored, or greeted with a confused shenme? (what?). I spent the first three days using mostly sign language and honing my charades skills. It was frustrating, because I understood a lot, but couldn’t make myself understood.

Dalian is a shipping port in the Northeast of China, on a peninsula in Liaoning Province. It’s a tier-two city (i.e. not Beijing or Shanghai calibre) about halfway between Beijing and the North Korean border. In England you will often hear southerners mockingly say, “It’s grim up North”. This, as it turns out, is not exclusive to the UK. The same can definitely be said about China. It’s dusty, industrial, the winters are cold – about minus 12 degrees C – and the wind chill makes it feel like minus 25. When people do eventually have to venture outside they are so well armoured in quilted and duck down jackets that the streets look like they are populated by Michelin Men. If they got hit by a car, everyone would be fine – which is probably a good thing given that the locals drive like 15 year-olds playing GTA V.

For me, I got over the cold by stuffing a piping hot, freshly oven-baked sweet potato in each pocket of my coat, and held on tight. My fingers went white, but I couldn’t tell whether it was because of the death grip I had on the potatoes, or just the wind and the cold. By the time I’d made the 10 minute walk back to my flat, the spuds were about the right temperature for eating.

The summers are also hot and humid, the mosquitoes are many, and the spiders are big and green.

Going back to first experiences of China, my first taxi ride in Dalian was incredibly short. I jumped in the taxi with my bags at the airport, full of enthusiasm, held the address of the university up to the cab driver, and we set off. One minute into the taxi ride, he slapped his hand dangerously close to the crotch of my jeans and said in Chinese: “I’ve heard you white guys have big cocks.” I swiftly left the taxi.

It could have gone worse. At least I didn’t wake up in a bath of ice, minus one kidney. I have heard stories…

So this time I was going to Hangzhou, Zhejiang Province. This experience could not have been more different from my previous visits. I was going to teach English, with little or no teaching experience (but I did have a shiny TEFL certificate saying that I was qualified, which is apparently enough). Hangzhou is much further South and the people are so friendly compared to the North. They stare less and smile more. Hangzhou is also the cleanest and prettiest Chinese city I’ve been to, and in some respects, especially the Metro and on the streets, it rivals the cleanliness of many western cities. 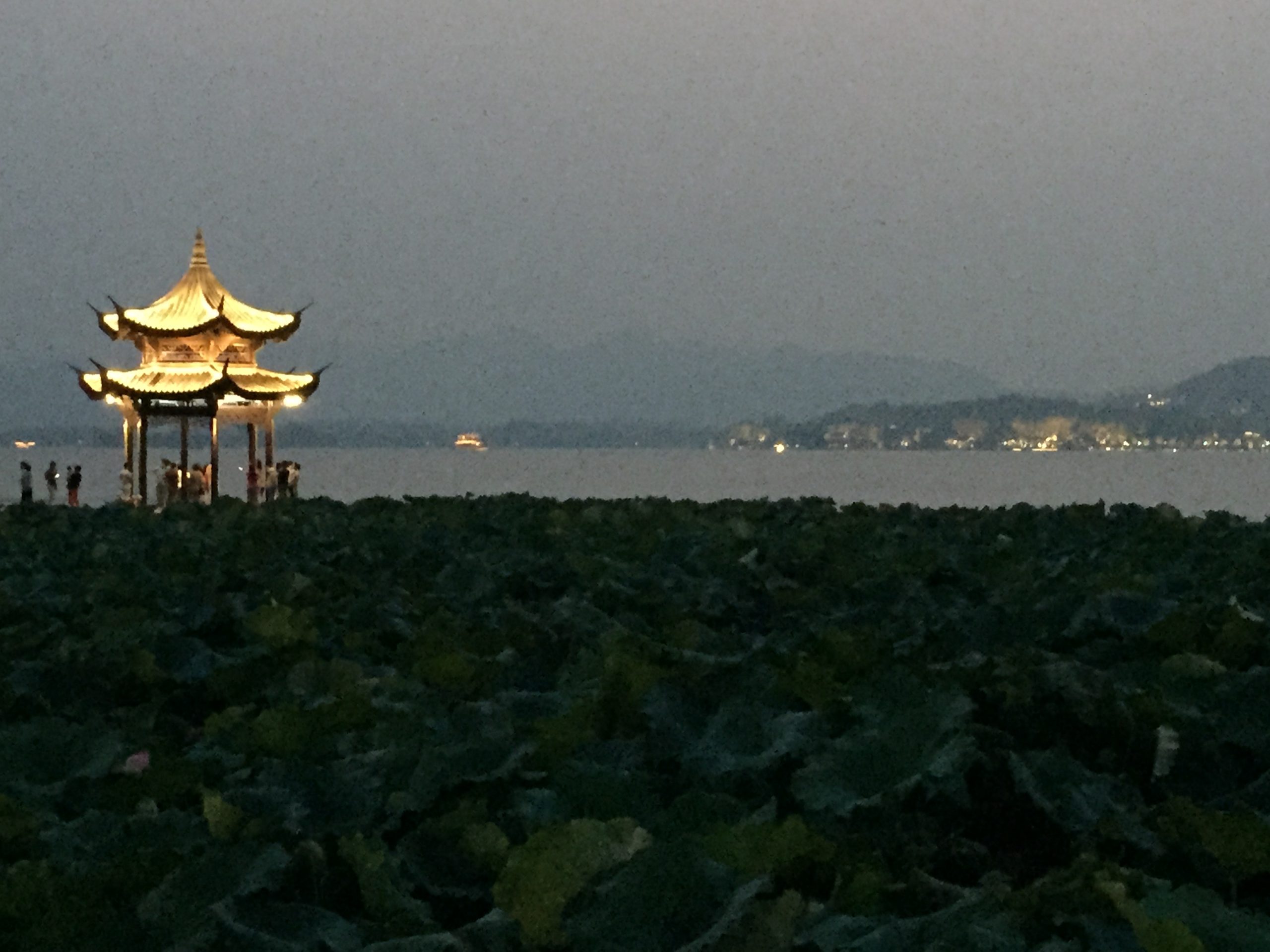 Food-wise, I’m a big seafood person and I love the various “fish-with-legs” – as my Mum would call them – that are on offer in China. I even eat the heads of the prawns, which I think is rare even for Chinese people. I must confess I have eaten chicken feet, but I promise it was only after a few pints which had given me the raging munchies. In that semi-inebriated state, salty fowl claw really hits the spot. I have also tried frog, but I couldn’t say whether I liked it or not, or describe what it tastes like. All I got was a massive hit of chilli pepper and then my taste buds were disabled for the rest of the evening. On a positive note, the fruit is incredible, both in terms of variety and flavour. Granny Smiths from Tesco just won’t do it for me in the future. 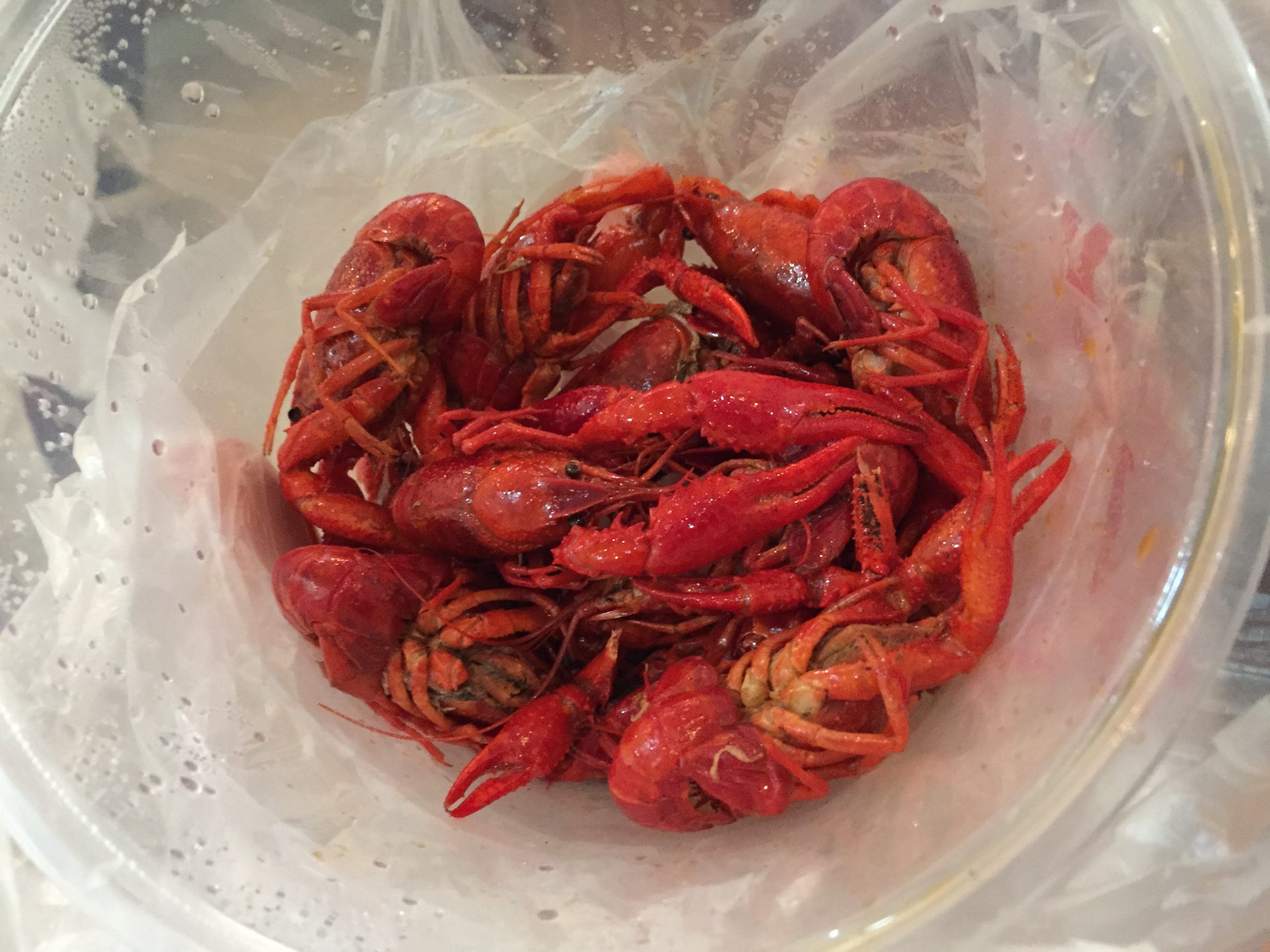 I have been here in Hangzhou close to two weeks now. My experience of teaching has been mixed.  I teach 17 classes a week, with 40 students in each.  There is no chance I will remember their names, except, that is, for one girl who wanted me to call her “suger baby” (yes, that’s “suger” with an “e”).  I couldn’t tell if she was taking the piss or not. 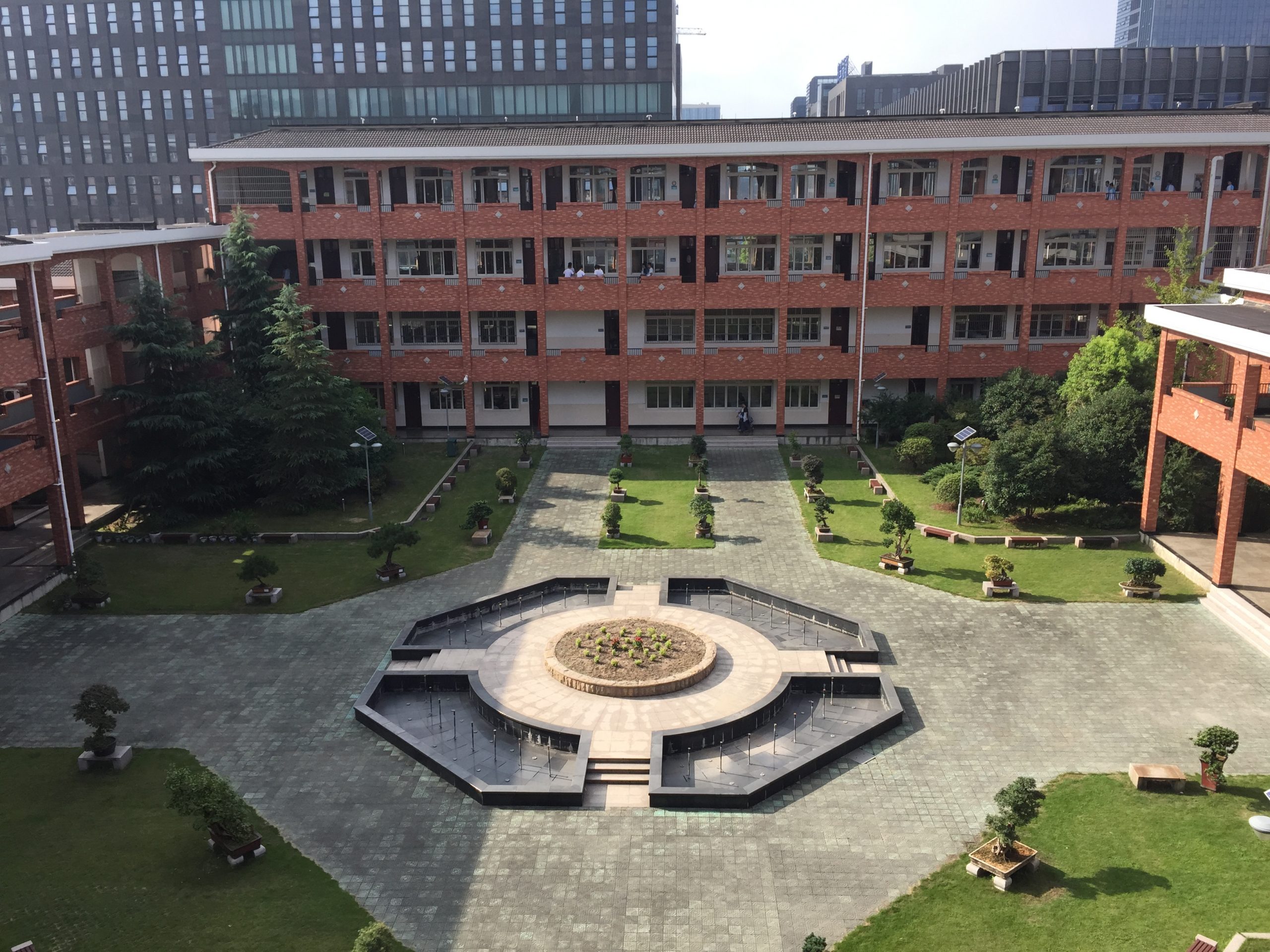 The campus on an uncharacteristically clear day.

Some classes have gone very well and been very fun, others – using the same lesson plan – have crashed and burned. I have come to the conclusion that the success of a lesson is very much dependent on both the enthusiasm of the students and a regular drip-feed of caffeine to my system. Overall it’s fun, but exhausting. The children are great and friendly, but they talk to you and look at you like you’re Brad Pitt or George Clooney. I can assure you that I have neither the looks nor the personality for either accolade.

For me, China beats rural England by a mile, and I’m definitely going to stick with it. Yes, there are problems (e.g. banking and SIM cards); yes, there are language barriers – even for someone who has learnt before, but you get such a sense of accomplishment just staying alive in this very alien environment, and I think it gives a very healthy sense of perspective on day-to-day living.

Teach English in China Yourself!

Our parent company Noon Elite Recruitment provide the best teaching jobs all over China. Interested in Teaching English in China yourself? Adventure, travel and learn. If that sounds good, apply here now!