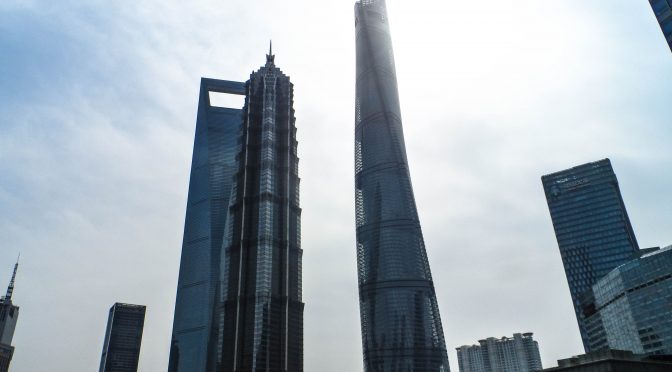 Its common knowledge that China has an abundance of cheap, delicious food and friendly locals, here’s a few cool things that you didn’t know.

Many clubs are free, some pay you to drink

We’ve heard for quite some time that many clubs offer free drinks to foreigners whom sign up on the guest list. What is even crazier is that now some clubs even pay foreigners to frequent their establishment. The reasoning behind this is the same reason that many clubs provide free drinks to foreigners. The theory is that by filling the club with trendy foreigners the club will be more appealing to more people and overall the club will make more profit from selling the drinks from those that pay to get in. All they appear to have done in some clubs now is expand this to paying foreigners to attend their clubs over their rivals. An article on SmartShanghai goes into this in a lot more detail.

China has a very impressive public transportation system. For intercity transport, China has a highly developed network of bullet trains and high speed rail links that are now growing right the way across China and connect 28 of the countries 33 provinces. These high speed trains travel up to 300 km/hour  and can get you from Beijing to Shanghai in less than 6 hours.

Once you are in the city, you are increasingly likely to encounter a modern metro system. As of early 2016 China has metro systems in 24 of its cities with a further 12 under construction and many more proposed. The metro systems in china are high tec, sparkling clean and super cheap systems for getting from one part of town to another. The only issue is that in some smaller cities with metros still in operation not every place you wanna get to will have a station. this is where ride sharing comes in…

Ride sharing is now huge in China and the current battle for dominance between Western Uber and Chinas home funded Didi Kuaidai are keeping fairs affordable. If you have a Chinese bank card and can signup then there are no shortage of cars offering lifts on ride sharing platforms.

The Chinese have taken to smartphone technology in a very big way. When walking the streets of China you may be surprised to see more new i phones on the street than in your hometown. This love of technology has resulted in an excellent WiFi infrastructure. Networks are high speed and available in almost all bars, restaurants, coffee shops and more. Furthermore, as many of the new WiFi routers operate on fibre optic connections, the internet is impressively quick and you may be surprised to find your connection better out in China than back home.

China has its own Hawaii

Haida, an island south of the Chinese mainland has a very similar  climate to the U.S’s Hawaii. On the island you will find palm trees, Piña Coladas and swarms of Chinese tourists taking photos in front of pretty stone statues. That last one may not be perfect but still its definitely worth a visit.