Every four years, something special happens within the collegiate community of Guizhou province; an athletic tradition with thousands of years of tradition is continued by young aspiring acrobats, athletes,  and martial arts enthusiasts.  Students from every corner of Guizhou have spent the better part of 2013 and 2014 tirelessly  butterfly whirling, lotus kicking,  kipping, back flipping, and south style screaming in preparation for Guizhou’s only intercollegiate Modern Wushu Tournament.

Well, what exactly is Modern Wushu?  Wushu (武术) literally means “martial arts” but the term “Wushu” in English specifically means “Chinese Martial Arts.”  Chinese martial arts has at least 4000 years of tradition, as the art form has developed as a part of Chinese civilization.  There are many different types of Wushu, the most well known piece being some types’ connection to animals or the Chinese elemental system (Earth, fire, water, metal, and wood, known as wuxing 五行).  Traditional Chinese Martial Arts throughout history was never linear, as there were many different styles, houses, and types.  Most types of Chinese Martial Arts had four basic components of training:

Basics:  general conditioning, mobility training, and flexibility training
Forms: choreographed “shadow-boxing” where the student would mock fight to prove to others he/she could complete attack or defense movements and combinations.
Application: Movements and combinations which are demonstrated on a partner, either through sparring or step-by-step instruction.
Weapons training: The development of the use of a variety of weaponry, usually practiced through the use of forms and sparring.

In 1949, after the political shift, the government of China moved to nationalize Wushu, thus creating the sport of Modern Wushu.  The modern sport includes two forms of competition; exhibition and sparring:
Exhibition: each participant prepares a choreographed form of a weapon or style of hand combat.  The accepted styles and weapons are long-fist, southern style, staff, spear, broadsword, long sword, and Tai-chi.  Depending on the event, each participant will be assessed by a small group of judges who give score based on both proper technique, difficulty, and showmanship.  Each weapon is split into two groups: professional and amateur
Sparring:  Very similar to other styles of boxing and kick-boxing, this form of competition brings competitors toe to toe in a very fast paced style of empty-hand combat.

In the 2014 Guizhou Intercollegiate Modern Wushu Tournament, the competition was fierce with plenty of emotion and passion coming from every athlete from every school.  Each school started with roughly 40 athletes, and through grueling training and qualifying competitions throughout the previous year, the schools each ended with 20 competitiors, 10 men, 10 women.  Although the competition is judged per type of weapon or style, the competition acts like a track meet, competitors winning points for their team for a total tally of a final score.

Guizhou University was expected to place first in the competition, but lost by only 3 points to the Zunyi Technical College from the north of Guizhou.

If you would like more information on Wushu as a sport, check out the wikipedia page.
If you would like to start learning Wushu yourself, don’t get hustled by the many fake instructors in the U.S., start out with flashmavi.com/wushu a great source for video and text demonstrations for Wushu. 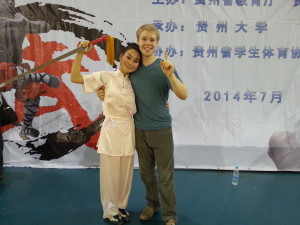 A warm congratulations to 张小芬, my girlfriend, for placing 3rd in spear and 1st in the long sword.  She had only begun training six months ago and came out on top in the professional category (her major is physical education and science) of performers.

here are links to some of the performances:


My name is Alex Hickman and I have been living in Guizhou province for about 1.5 years now.  I am currently a graduate student (International Trade) and professor of English at the College of Foreign Languages at Guizhou University.  You can also follow my youtube channel for some other awesome China stuff!  (I don’t monetize, so no ads, pretty nice!)
https://www.youtube.com/channel/UC3QjVTqbdhMC2eNLzyVgL9w

Also follow my picture/story blog and ask me questions at
http://ajphickman.tumblr.com/

The local people love to spend a day or two per year having a BBQ. In Huaxi, the scenic district of my small city. Large groups of Chinese hire a venue and spend the day eating local foods and drinking beer. Bike riding, swimming in the lakes etc. 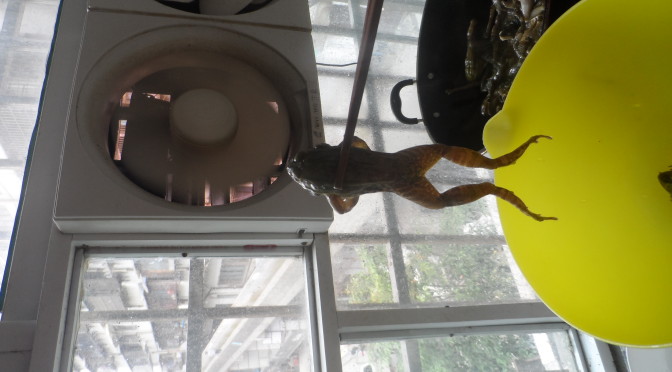 One of my Chinese friends came round and showed me how to make this rather peculiar dish. It is a white rice dish which then has 1 vegetable dish of tomatoes and sugar with 2 meat dishes of Frog and Shrimp. The frogs intestines are pulled out before being placed into a red hot wok with a little lard. After frying, green vegetable shoots are added along with peas. The shrimps are boiled  whole for around 5/ 10 minutes in a wok of boiling water. The rice is cooked in a small convenient rice cooker.  When this is prepared, a small bowl of La Jia (Chilli pepper) is added with onion shoots, soy and seafood sauce to make the dip. The dish tastes pretty good, however as expected, there is not a lot of meat on the frogs and so picking the meat from the small bones is tedious. 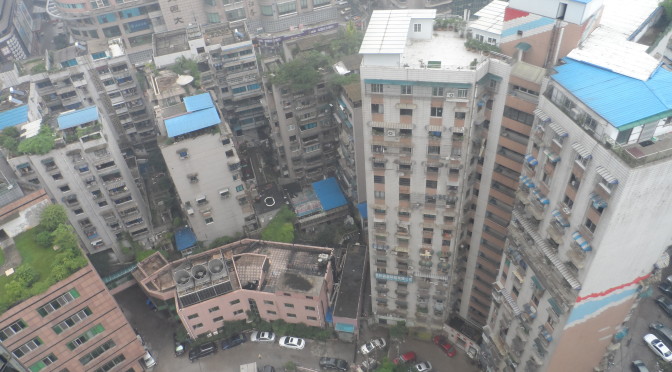