Choosing to move abroad to live and work as an expat in a foreign country is one of the most exciting (and terrifying) decisions you can make! It will definitely change your life, and is not a decision that should be made lightly. To help you make up your mind as to whether this is the right decision for you, I’m here to tell you about my experience with living in China, in both my daily life and work.

In the summer of 2018 I completed an intensive 1 month CELTA qualification. As my course drew to an end, I started researching ESL teaching jobs all over the world, unsure of where I wanted to go next. After a few Skype interviews and following job offers, I decided to accept a job based in Shenzhen, Guangdong province with a company called China International Personnel Training Center. Shenzhen is to the east, and borders the region of Hong Kong. At the time I hadn’t given the location of the city as much thought as I should have. I was very lucky! On the Shenzhen metro you’re never more than 2 hours away from the land border where you can cross on foot. Alternatively, you could take the high speed rail trains which can get you to the heart of Hong Kong in 15 minutes. Both Shenzhen and Hong Kong have airports, which makes travel easy.

There are so many pro’s and cons of living in China, it’s culture is so rich and unique. Sometimes it can get overwhelming and you’re just craving to be somewhere familiar. Remnant of it’s day as a British colony, Hong Kong is bursting with diversity. Home to so many different foods, languages, clothes, religions, a glorious whirlwind of all the world has to offer – a bit of a contrast to Shenzhen.

Every area of Shenzhen city is different, and two similar people living in 2 different districts will have completely different experiences of Shenzhen. I grew up in a rural village that didn’t have street lights or shops. I didn’t really understand how different areas of the same city could be so contrasting. Because of this, I took a teaching position on the outskirts of the city in Tangwei. My apartment was a 25 minute walk to the metro, and from there it was another 40 minute ride on the metro to the centre of the district.

Because of how far out of the way it was, in the 9 months I lived there I never saw another foreigner – apart from my friend who travelled to China with me. Living in the boonies did come with its own advantages. For example paying £240.00 after bills in rent for a beautiful apartment. My apartment came with a balcony space, washing machine, kitchenette (sounds weird but a lot of Chinese apartments don’t come with cooking space, we had to request it specifically), living area and double bed. However, it was not without its disadvantages.

Attending any kind of social event was at least an hour away. I had to either leave early to catch the last metro home at 11.30 or pay for a taxi. My second big problem with this area was the people. China only really opened its borders to foreigners around 40 years ago, and so a lot of people in China aren’t familiar with having foreigners around. This means a lot of staring and a lot of people taking pictures of you as you go about your daily business.

I found it funny when I first arrived, but the novelty wore off quickly! Perhaps the worst thing of all was the touching. This doesn’t happen to everyone – I know lots of people who haven’t experienced stuff like this – but I’ve had a few instances of mototaxi drivers putting their hands on and squeezing my legs. I’ve even had an older man on the metro grab my hand and refuse to let go, repeatedly kissing it.

I’m not saying this to try and scare people off, but rather to let you know that China has many sides. Where you live makes a massive difference – I now live in the centre of my district, and although I pay more in rent, I love my life so much more! If I could offer some advice to someone looking to move to China, no matter the city, it would be good to do your research – and not just on Google! Talk to people who are already employed by your company and living in the city. This is the best way to get an honest opinion about your city and company. I’m sure they’ll be more than happy to help! The less time you spend settling into your new city, the sooner you can crack on with exploring Asia! 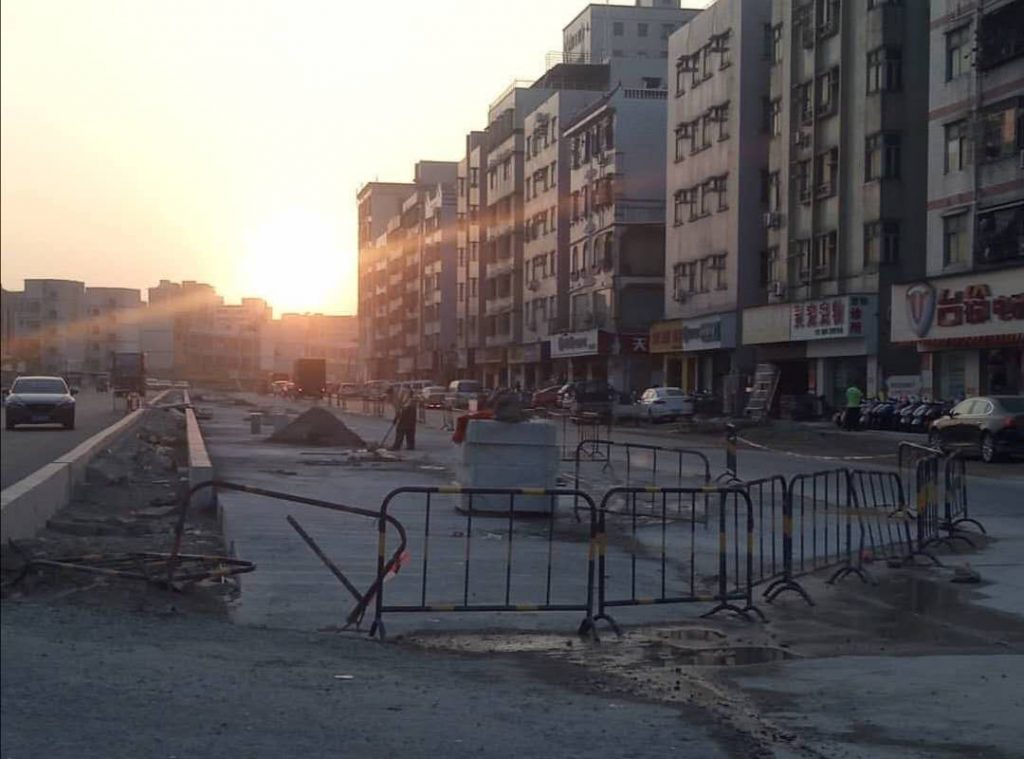 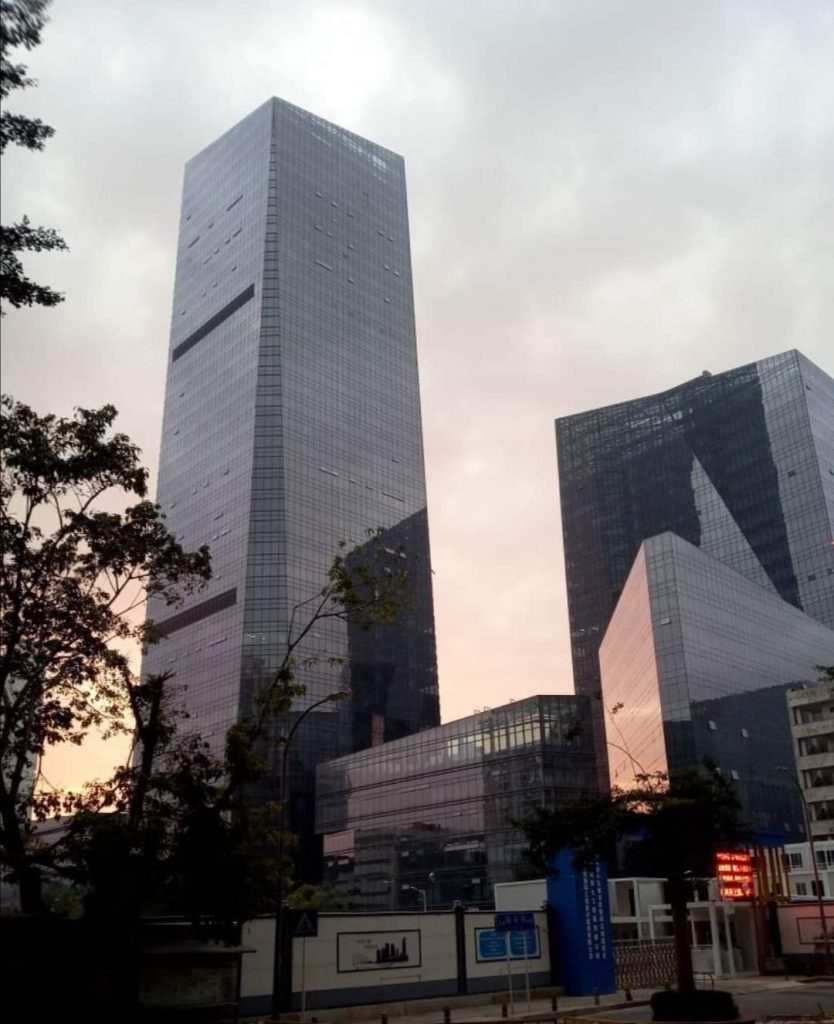 My School employer was China International Personnel Training Center. In the one and a half years I’ve been teaching in China I’ve only ever worked in a primary school, and my comments on schooling in China will reflect that. Practices differ in middle and high schools.

Of all the teachers I’ve spoken to in Shenzhen, it seems to be general practice that they don’t assign you a school until you’ve arrived. When I first found out that my company wanted me to fly out when they couldn’t even tell me what school I was going to be at, I was very dubious as it seemed slightly suspicious. However, once I arrived in China I asked around and found out that it was fairly common.

When you arrive, your company will assign you a school and take you to visit the campus and meet your principal, contact teacher, and show you a copy of your teaching schedule. This is when you’ll find out how many classes you have and what grades you’ll be asked to teach. If you have any problems, it’s best to say so as soon as possible as they don’t like moving teaching once they’re settled.

My first school was in Songgang, Shenzhen. Like my accommodation, it was very far out of the way. Most schools will ask you to do office hours (0800 – 1700), and my school was no different. However, I only taught 4 lessons a week which was very frustrating and was one of the reasons I moved schools for my second year in Shenzhen. Leaving my school was still difficult as I really loved my students. Like any school there were some classes that were better behaved than others, but the students worked hard and were really very sweet.

School facilities are pretty standard across schools. The classrooms are equipped with blackboards and projector for your PPT’s. The newer renovated classrooms have touch screen boards which is great if you like making interactive PPT’s with games and activities that get the students kinetically involved. However, if your classroom doesn’t have touch screens, I’ve overcome this by having the students come up and touch the board as I simultaneously click with the mouse on the PC, creating the same effect as having an interactive whiteboard.

In the UK, a teacher will have their own classroom and the students rotate as required. In China, the students have their own classroom and it is the teachers who rotate. You will have an office space where you can plan your lessons and rest in-between classes. In both of my schools my desk was equipped with a PC so I didn’t have to carry my laptop to and from work everyday, but not every school does this. Generally schools are very accommodating and willing to help you and give you what you request (within reason), be it access to printing for activity handouts, coloured paper and glue for creating props, crafts, etc.

The average class size in schools in 60 students, which can seem very overwhelming at first! It can also make it hard to do activities that require non reusable handouts (e.g. drawing, writing) because you can get through such a large amount of paper. There are ways you can get around this by making reusable handouts. Examples include matching flashcards that can be used by different classes, and you can further save paper by asking them to complete the activities in small groups.

The students have a textbook that they go through with the Chinese English Language teachers. As the foreign teacher, you’ll be asked to focus more on reviewing this as opposed to teaching them. Focusing on correcting their pronunciation, accent and tone, really incorporating as much speaking in as you can. 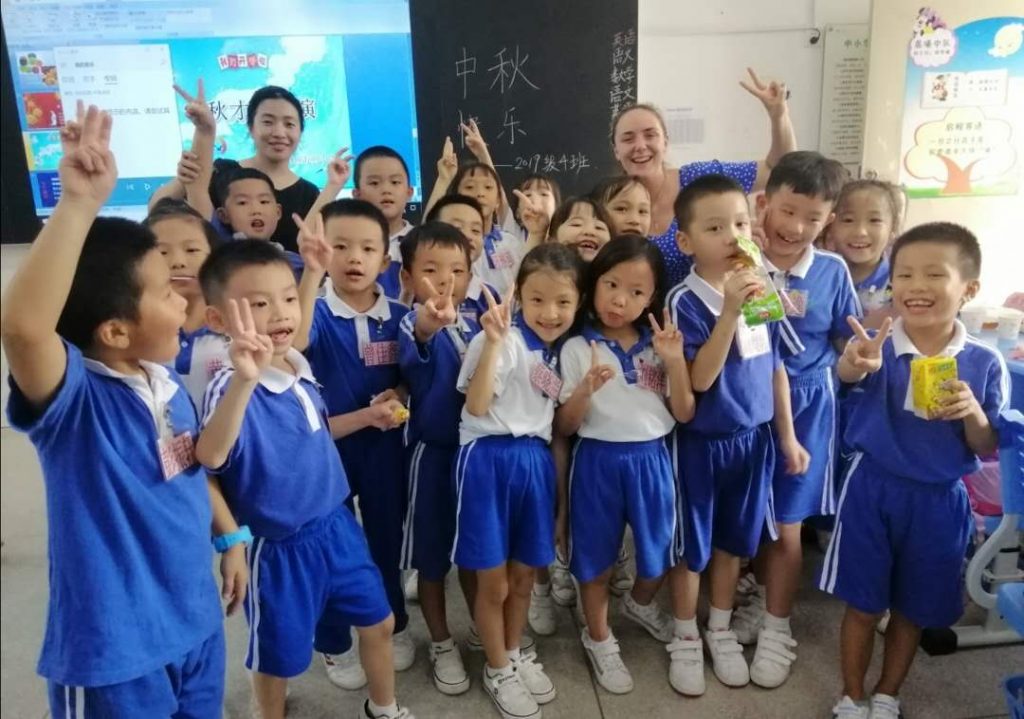 I hope this information has been useful to you, and has given you a better idea as to what to expect when moving to China. One last thought that I’d like to leave you on is this – your experience in China will be entirely what you make it. Entering into this life change with an open mind is one of the most important things you can do. As you immerse yourself into the beautiful, complex, culture that is China you’ll experience things that are wildly different to anything you’ve ever seen before, both good and bad. There is no “right” or “wrong” when it comes to culture, and sometimes it can take time to adjust and come to terms with living a life so different to what you’re used to. Give yourself time, let yourself be bewildered and confused, and enjoy the thrill of living a new life.

One thought on “Teaching Primary School in Shenzhen with CIPTC, Guangdong”