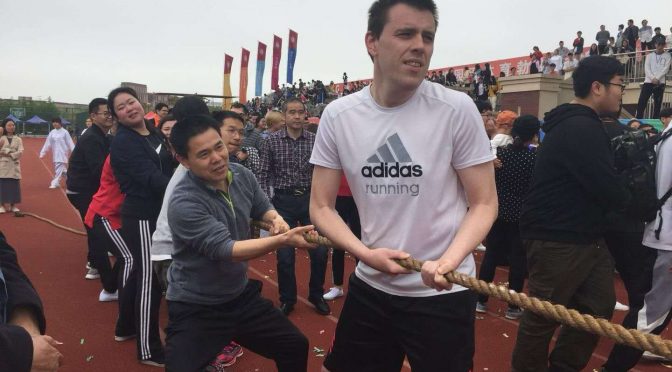 Conor McElhinney is an experienced English Language teacher and has lived and worked in Shanghai, one of the largest, most cosmopolitan cities in China and the entire world. This is his experience Teaching English at Shanghai Jianqiao University. 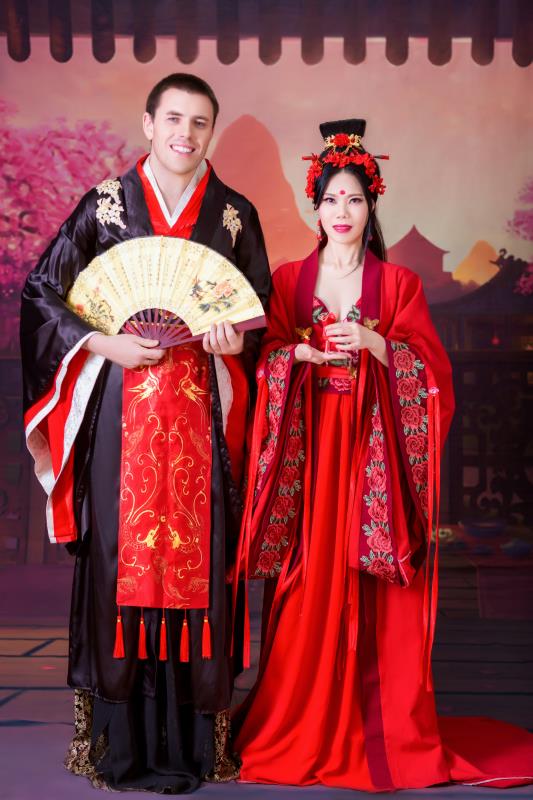 My school was located in Shanghai in the Pudong new district area, it is about 90 minutes to two hours commuting time to downtown Shanghai. The location is a little isolated however the perk is it is a lot less chaotic than most places in China

My contract hours were 16 teaching hours per week however you can receive more or less depending on the number of classes. The number of classes you receive change each Semester. Semester 1 (September to December/January) is usually busier than Semester 2 (February/March to June)

In this University, all international teachers receive an apartment on campus as part of the remuneration. It is one of the benefits of working here as such the commute is a dream, no stress. Some teachers even go to nap in their apartments.

The current campus opened in 2015 in just 2015 so all classrooms have audio internet and overhead projectors. There are also two canteens, huge coffee shops and several stores within the campus. 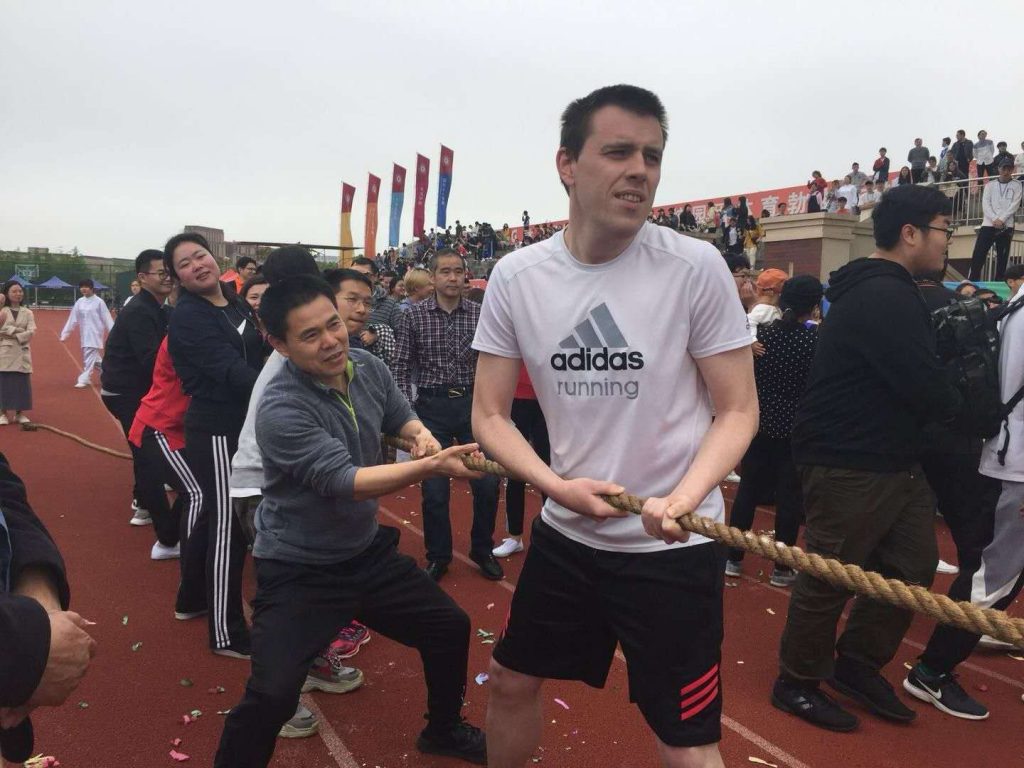 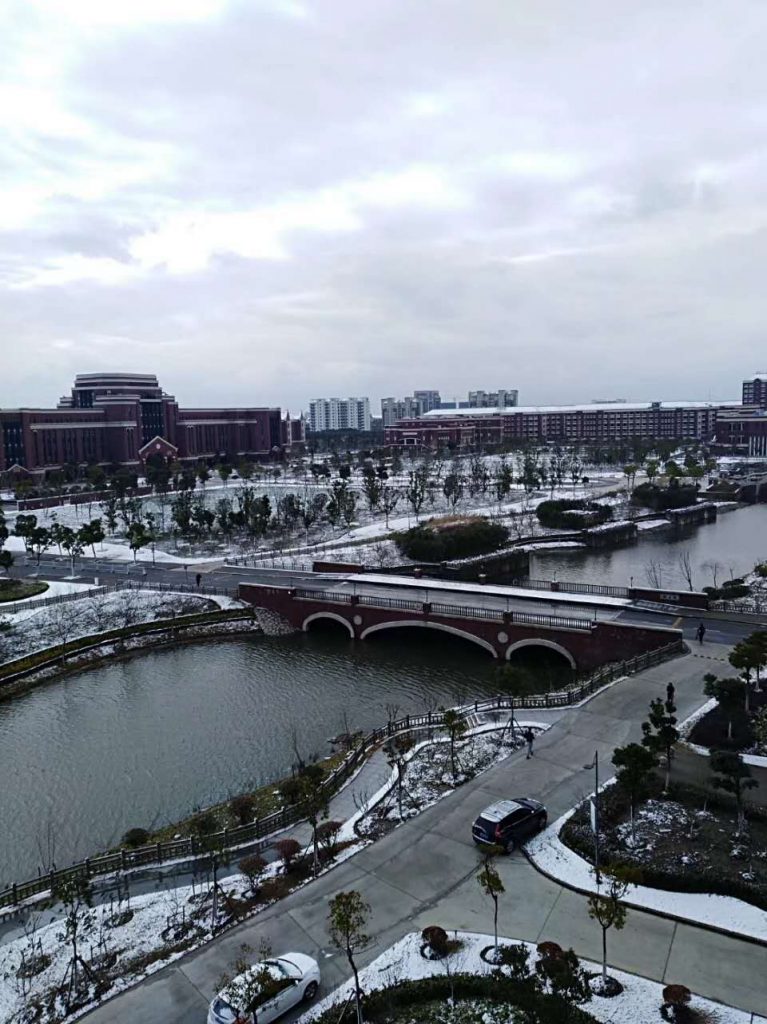 Tell us about your city in China

I live in Shanghai although the campus is so far on the fringe it often does not feel as if I do. However, many teachers on their time off will go downtown to access its amenities. Shanghai is a massive sprawling international metropolis and you can do almost anything there. Its fascinating in Shanghai to see traditional China merged with the present day.

Where I lived it was very Chinese which is what I liked, but options were limited. In downtown Shanghai which you can get to on the metro you have all the best shops restaurants and even international food if you crave a change. Shanghai is just like most major international cities

The language barrier, I am improving in My Mandarin all the time but still difficult. I know this is not a moment as such more of a continual issue.

Getting married and having a child in Shanghai were both the two biggest highlights. I plan to stay in Shanghai for a long time yet. 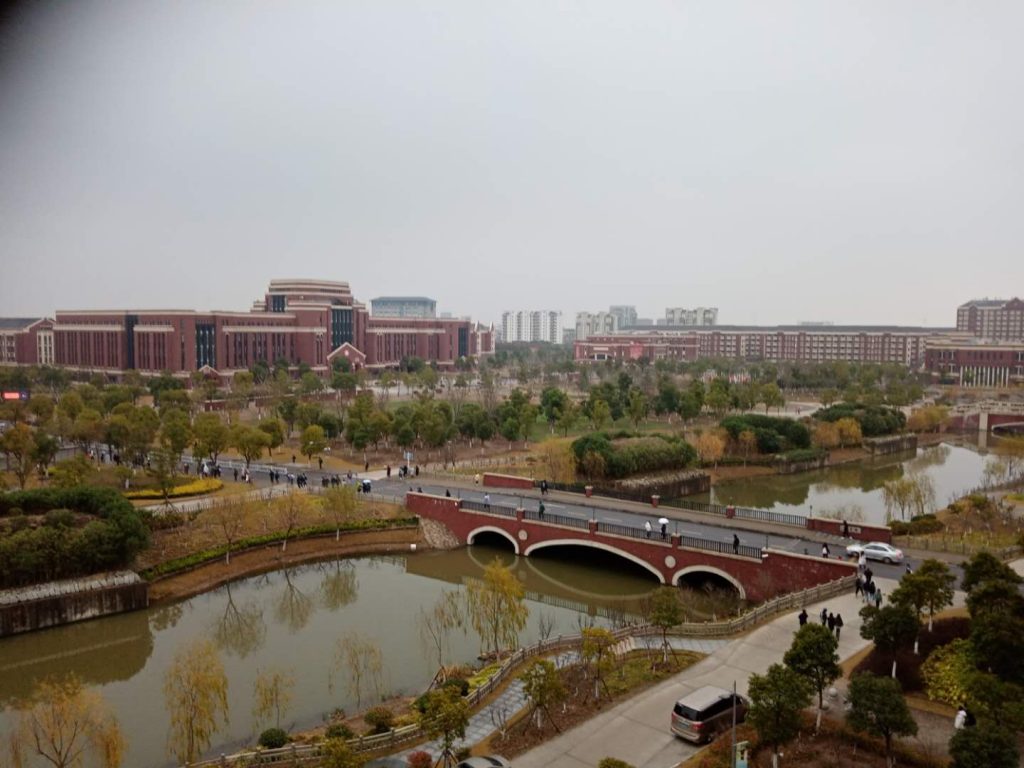 The apartment was quite modern and quite adequate for one person with a small kitchen a study a bathroom and bedroom with all utilities and internet etc included.

Yes and no, in the school year it feels like a community but in the downtime i.e. summer and winter vacation it is quite depressing as far from the City. I usually try to leave in this time, particularly in Winter.

The balcony it was a beautiful view.