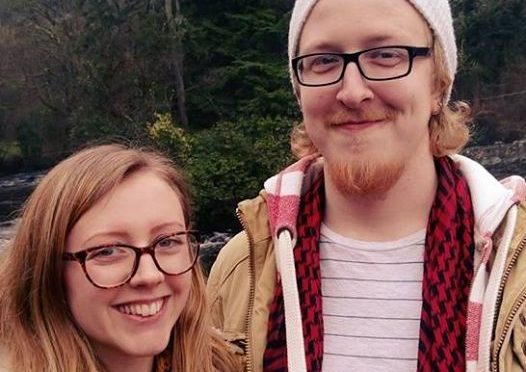 I’m writing this for my girlfriend and I who spent a year in Hangzhou working for Greentown Yuhua School via the Haida agency. I’ve put it into sections which I hope is helpful.

Greentown Yuhua School:
The middle school was great, the kindergarten not so much (more detail below). I gave Ben’s email to the school’s foreign teacher recruiter – hopefully going directly through the school will eliminate the issues we had with the agency.

General stuff: Our flat was lovely, and the cost of living was very low – we were on 7000 RMB and ate out, went sightseeing etc. while managing to put a lot aside for our summer holiday. Constantly having my picture taken because of my height was fun, the constant spitting less so.
Hangzhou/China: We both had great fun exploring Hangzhou over the year and parts of China in the summer holidays. There’s heaps to do in Hangzhou, and we had an e-bike to get around on (definitely recommend but only if you’re a confident driver). The traffic is nuts, but Hangzhou has separate cycle lanes, so we always felt safe. In the summer, we came back into China from Vietnam and went from city to city by train (highlights were Guilin, Chongqing, and our favourite was Chengdu for the Panda Sanctuary). The train system was so much better than it is in England – it made it very cheap to get around and see a lot, though getting tickets is more complicated for a foreigner than it should be.

Greentown School: I was at the middle school and had a decent time of it, overall. I started doing oral english to classes of 40 – this was an intense start, and I went in blind as Haida didn’t actually tell me I was doing oral english until 3 days before I started. I got used to it quickly, and think that I handled it well considering. Greentown is a private school, and some of the kids were snotty, but the oral english class didn’t have homework or an exam at the end of it, so I can understand why some of them thought it wasn’t massively important. I moved into Greentown’s “ruling program” to teach maths towards the end of my time there – classes of 10-15, teaching essentially maths vocab. This was divided into A and B classes – the A classes were top students looking at studying overseas – they worked hard and were attentive. The B classes were also going overseas, in theory, but their English was terrible. It was never actually stated, but I got the idea that they were the “difficult” kids. So a mixed bag, but doing maths was challenging for me, so I enjoyed it really. The middle school has a group of foreign teachers, so there was always someone to chat to at lunch, and to complain with about the kids/lessons etc.

Eleri was at one of Greentown’s multiple kindergartens. The kids were adorable and super cuddly and friendly. They enjoyed their lessons and she enjoyed teaching them. The kids and in fact parents were all super lovely (she was even asked to “teach” kids as young as 2 years old, which was a blast!) The staff/ management at the kindergarten however were a lot less enthusiastic about her presence. They generally did all they could to make life difficult including, no notice for any changes in lesson plans, springing observations on her classes last minute so that 30 parents/ school governors watched the classes “in the background”, constant requests for new materials for their other teachers’ classes, being generally rude to her etc. On top of all this she signed a contract with a maximum of 20 hours/week teaching, but the kindergarten insisted she have a 3 hour lunch break every day, resulting in her effectively working full time as the kindergarten was too far away from the apartment to return home at lunch (even with an ebike). So, for example a Friday’s lessons would consist of class from 8:30am till 12 noon, then a break of almost 4 hours to have a 15 minute class at 3:45pm. After many complaints about this they still would not let her move these 15- 30 minute teaching slots at the end of the day to another time- instead they simply added more classes/ work. So, she ended up having to wait in her office for approximately 15 hours a week (which they saw as a perfect opportunity to get her to translate the school’s website).

Haida: I’ve seen reviews on this page before, and I think the problem with agencies is that everyone has such a different experience. For us, though, Haida was rubbish. They rushed us to China, saying the school would be annoyed if we weren’t there on time, told us we’d get a weeks training, which turned into 4 hours of some old English guy showing us videos of his students praising his teaching (completely irrelevant) and occasionally mentioning old teaching theories. When we mentioned we’d covered all that in University, and in our CELTA training, he condescendingly told us CELTA isn’t all that good, but then talked for ten minutes about how he used to be a CELTA trainer. When we asked genuine questions he shot them down (for example, what do you do in a class of 40 when you’re having discipline problems? Answer: I wouldn’t know, I’ve never in my career had a discipline problem in one of my class), and he was generally unhelpful.
Unfortunately, it got worse. We were in China initially on a tourist visa, after being told that there wasn’t enough time to get the proper visa done, and so we taught for about a month on a tourist visa before we went to Hong Kong to get our Z visa stamped and return. This wasn’t an issue, though we got very little notice of our having to go to the airport (less than 24 hours, so we annoyed our school’s as they had to find cover- Haida told the school’s this was our fault). When we got back, a week or so later we went to the police station to do some residence thing. I asked if that was all we had to do and was told that we were all finished, so we could relax. A few weeks later we got a call saying we had to get a taxi after school (this was about lunchtime) to get down to the visa centre and finish something. Annoying but not an issue. We were waiting for the taxi they sent, and Zoe from the agency was becoming increasingly concerned that we’d be late – turns out they’d left this until what they thought was the last available day we could do it (Friday). Zoe told us if we didn’t get it done that day we’d have to leave the country. This lead to a very uncomfortable half an hour where we genuinely thought we’d have to go home. It turned out it wasn’t the last day, we could do it the following Monday, but this really summed up for us the way Haida never really seemed to know what they were doing. All this time off that they made us do last minute was presented to our school’s as being due to our lack of organisation, not their own, which we couldn’t refute as we don’t speak the language.
After this, I only saw folks from Haida once a month when they observed my lessons, but they managed to be just as irritating as they would video them, which irritating British guy would then watch and e-mail intensely condescending advice on how to “do better”. After the summer holidays, we stopped seeing or hearing from Haida altogether, which was great – but I’m not sure why they were still making money from us.
I should say that Aimee from the agency was always as helpful as possible, she seemed to get saddled with sorting stuff that she wasn’t 100% aware how to do- just felt I needed to say at least one positive.

I guess this is just the nature of the agencies though – I see that having the agency as a support is probably quite helpful if your school isn’t great and apart from the incident above they were never more than a mild annoyance really. I’ve heard some nightmare stories, some on this page, some in person from folks I met out there – it seems to be luck of the draw, really. For example, a guy who arrived at Haida the same day as us was told he’d be in Hangzhou city, only to find out he was around two hours outside it. Another woman at the same school as me was only getting 5k RMB out of the 10k the school was paying her agency (Echo), and they were holding onto documents they shouldn’t have been. In addition, the middle school had two maths teachers arrive and leave within weeks (courtesy of Echo) as they were not informed previously they would be teaching maths and felt it was too much for them. We even encountered a man who was drafted in from Echo who quit teaching at the school but couldn’t go anywhere because Echo wouldn’t give him his passport back as they wanted to persuade him to return to teaching. He ended up losing his temper and trashing the apartment in retaliation- very unprofessional, and didn’t help his situation in the least, but shows the sort of frustration some can feel when stuck with a bad agency. Other folks have gone through agencies and have found them helpful when their schools have been crap, or have had fantastic times. I think Ben and co. have stepped up the vetting process but I would advise folks to get, in writing, school names/locations and so on.